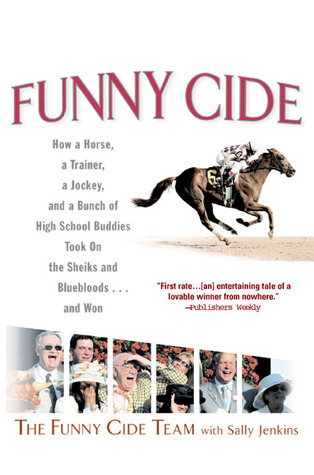 They had no business being there. They were up against million-dollar horses owned by patricians, oilmen, Arab sheiks, and Hollywood producers. They were ten regular guys, and all they wanted was to win a race. Instead, they won the hearts of America.,In 2003, a three-year-old with the unlikely name of Funny Cide became “the people’s horse,” the unheralded New York-bred gelding who-in a time of war and economic jitters-inspired a nation by knocking off the champions and their millionaire owners and sweeping to the brink of the Triple Crown.,Trained by a journeyman who’d spent over 30 years looking for “the one,” ridden by a jockey fighting to come back after years of injuries and hard knocks, and owned by a band of high school buddies from Sackets Harbor, N.Y., Funny Cide became a hero and media sensation.,Now, Sally Jenkins, award-winning co-author of Lance Armstrong’s #1 bestseller It’s Not About the Bike, tells the inside story of the Funny Cide team’s ups and downs against overwhelming odds, illness, and even scandal, to capture the imagination of millions. It’s a new American classic for the underdog in all of us.